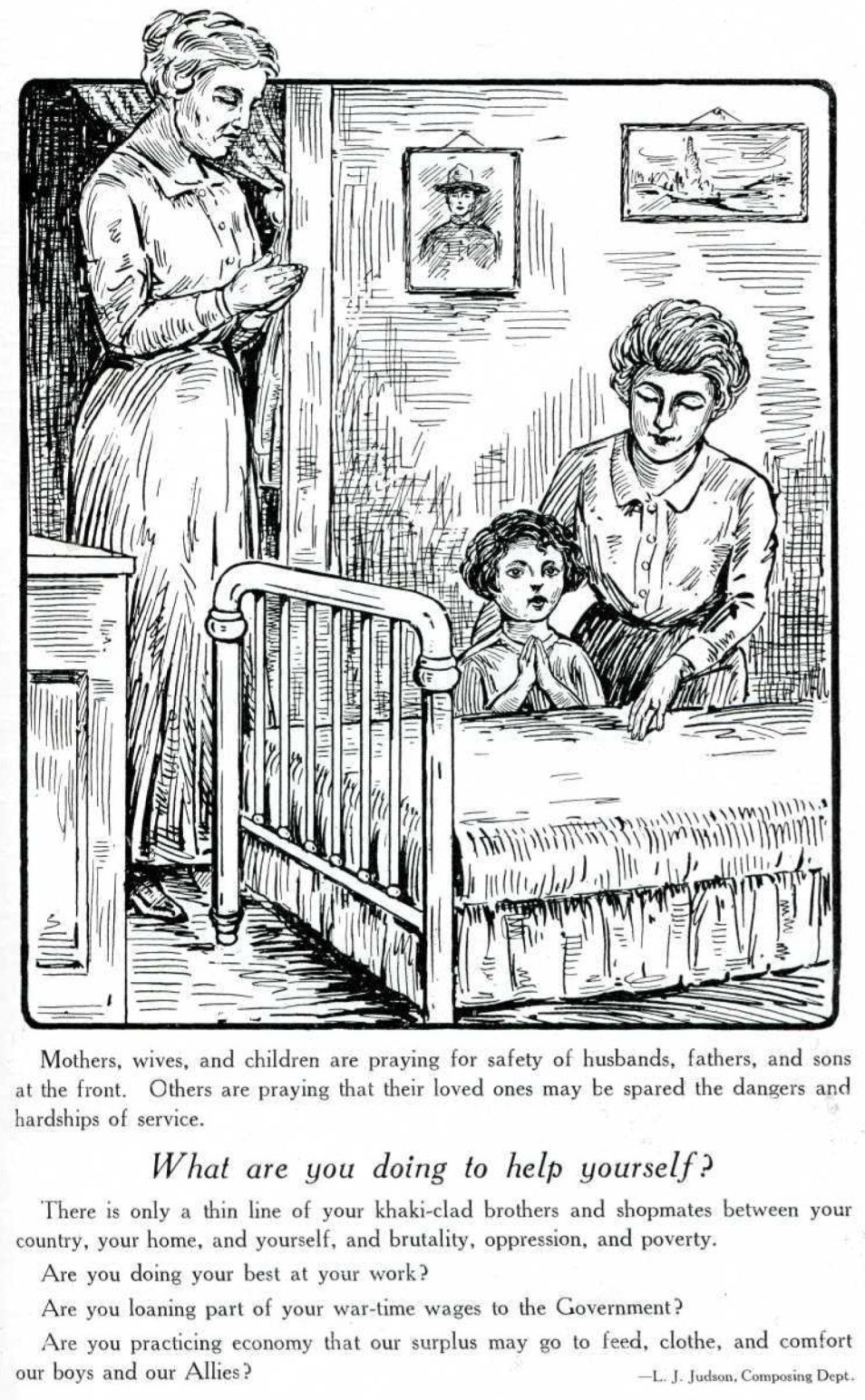 Men rushed to answer the nation’s call to arms when the United States entered the Great War. The wives and mothers who were left behind were encouraged to not only work in the factories to manufacture essential war materials, but also to keep up morale and take care of hearth and home while the men were away. Over There: Dayton in the Great War, an exhibit opening at Carillon Historical Park in May 2016, will explore the many ways in which the women of Dayton worked tirelessly to “do their bit” in support of the Allied effort during this monumental conflict.

By the time the United States entered World War I in 1917, much of Europe had been embroiled in the conflict for several years. Men had traded plows for rifles on both sides of the conflict, laying to waste vast amounts of once fertile farmlands with the resulting wide spread food shortages. Europe found itself in desperate need of sustenance. Shortly after the United States declared war on Germany, President Woodrow Wilson asked Herbert Hoover to serve as the wartime food administrator, Hoover accepted but refused any and all financial compensation. The challenge for the United States would be to not only feed itself and its troops abroad, but also provide for the Allies. Hoover immediately began educational programs to encourage American households to conserve food. Phrases like “Meatless Mondays” and “Wheatless Wednesdays” were coined by the food administration in an attempt to urge citizens to be mindful of what they were purchasing and consuming. Citizens were encouraged to eat less, grow more, and work more efficiently. New terminology was adopted during wartime, to include words like “Hoovering” (not vacuuming) and “Hooverism”, and women joined “Hoover” clubs and became members of the “Hoover Army” by practicing conservation methods at home. The following are excerpts from articles on gardening and the “Hoover Army” from the April 1917 and the September 1918 issues of the NCR News:

“…This is but one way to help in winning the war. It is an obligation of all that can, to plant gardens. Every ounce of food-stuffs grown this spring will count in the balance that shall turn the scale of the war to a victory for the Allies. Let us all plant gardens. Now, all together, “bigger and better gardens.”- J.B.

“…The Food Conservation Movement will be brought before members by means of lectures and demonstrations so that every N.C.R. woman will become a soldier in the great Hoover Army, whose battles are no less important than those being fought by the great American army “over there”.”

As food administrator, Hoover had control over nearly all aspects of American food production. He set wages and prices for farmers and their products, and told farmers what and how much to grow. He also set limits on what products were made available to the citizens at home and what was then sent to our troops abroad. He was also responsible for setting prices for products in an effort to avoid speculation, hoarding, and price gouging. After the war was over, Europe’s need for food grew even more critical. Hoover organized shipments of food to feed the millions of starving citizens throughout 23 war torn nations in central Europe.