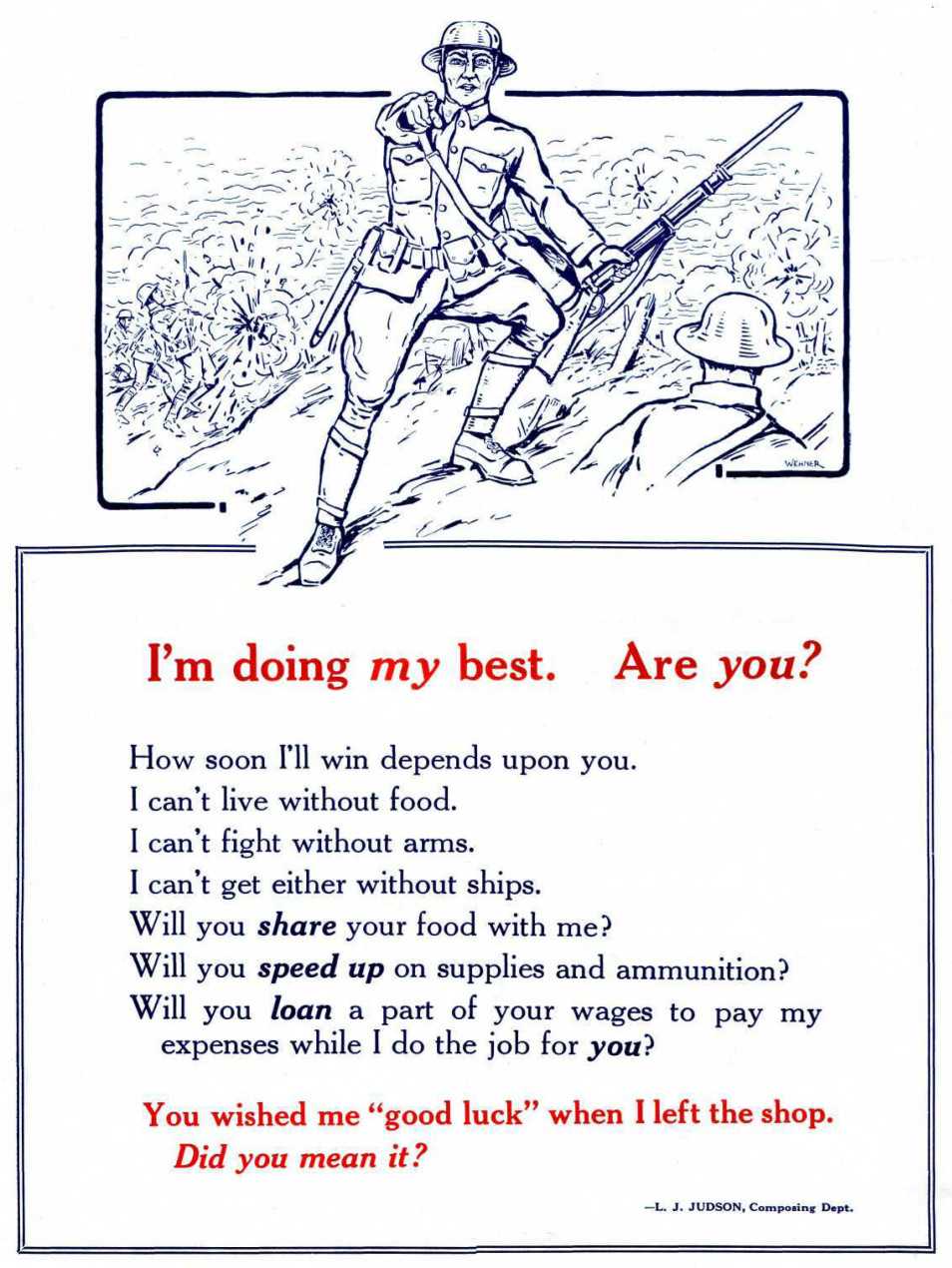 ““In times of war “neutrality” means one of two things: Treason or cowardice.”

When the United States entered World War I in 1917, Dayton was a manufacturing powerhouse, and as such, supplied the Allies with essential parts and equipment needed to win the war. The city also provided manpower, as thousands of Dayton’s own either enlisted or were drafted. These men played an active role in the fighting overseas, serving in all branches of the military, and in all fields, including infantry, artillery, armor, engineers, and aviation. Many of Dayton’s own served with distinction in several of World War I’s greatest battles, such as St. Mihiel and Meuse-Argonne. With so many men leaving for the battlefields of Europe and large government contracts flooding in, factories were saddled with the task of finding and training a new workforce. For example, the National Cash Register Company, which was at the time one of Dayton’s largest employers, lost a significant portion of its skilled workforce to the local recruitment offices and draft board. A short article featured in the July 1918 issue of the NCR News, Vol. V, No. 1, tells of one such group of draftees:

Of Best Employer in America.

Approximately fifty men; capable and experienced workmen laid down their tools and left the service of the Company in the recent draft.

No, there wasn’t a strike or any kind of labor trouble; nor were the men dissatisfied with their pay. They came from nearly every department, and left the service of the Company to go to work for their Uncle at Camp Zachary Taylor, at Louisville, Kentucky. They are the latest addition to the more than six hundred men from the N.C.R. Company, who are now fighting to make the world a decent place to live in…”

For more on Dayton’s important role in the First World War, be sure to visit: Over There: Dayton in the Great War, a special commemorative exhibit opening at Carillon Historical Park in May 2016!