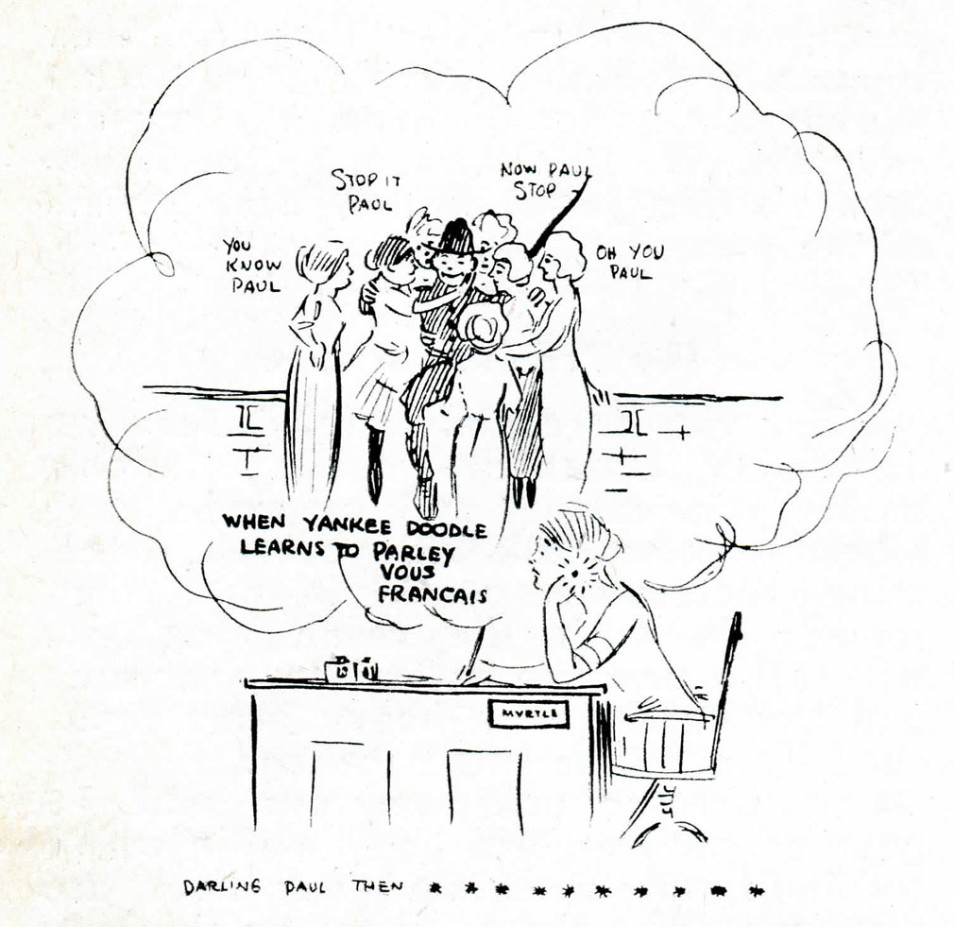 “Some of our girls seem to have grave fears as to just how our “boys” are greeted upon their arrival “over there”.” – Anonymous, NCR News, October 1918

By the time the United States entered World War I in 1917, a patriotic fervor was sweeping the nation due to the persuasive effect of government propaganda. The government knew that the support of its citizens was essential to success so it did all it could to increase morale amongst the populace. People everywhere were encouraged to take an active role to support the troops. Though women were only permitted to actively serve in a limited role on the battle front, things were very different back home. Aside from factory work, women were also asked to “do their part” in many other ways. One particular phenomenon was the exponential growth of both women’s and girl’s clubs. These kinds of organizations grew in both number and membership, as women of all ages were drawn together for support and comradery in answer to the country’s call to arms. One article, featured in the October 1918 issue of the NCR News, Vol. V, No. 4, explains:

Girls’ clubs are emergency war work. When huge cantonments were slapped down close by sleepy little towns and thousands of handsome khaki-clad boys swaggered down the quiet street looking for a good time, the established social order was turned topsy-turvy. The startled mothers needed aid in directing the patriotic energy of their excited young daughters. Ninety-seven clubs have been established in cities and towns adjacent to camps. Eleven of these are for colored girls. One hundred and thirty-five trained club and recreation leaders are employed. These clubs accomplish two purposes: First, through the Red Cross Work Community Service, gymnastics, and articulate ideals they furnish the girls with something to think of besides romance of khaki. Second, they supplement the individual homes in furnishing gathering places, where girls and soldiers may play together. Girls faithfully perform club service and become hostesses at “soldiers’ parties.” Clubs usually develop some form of community helpfulness…”

Many of these organizations provided women an outlet, fulfilling a variety of needs both practically and socially. For example, the NCR Women’s Club created special committees during war-time to address special needs, including: Red Cross, Thrift Stamp, Factory War Work, Hoover, Community Welfare, School, Current Events, Publicity, Membership, and Social. The Factory War Work committee was tasked with not only finding female workers to help fill the needs of the factory, but also to help these women find suitable housing, which was in short supply. The Hoover committee concentrated their efforts on educating women on the need to ration and conserve foodstuffs; through activities like demonstrations and recipe exchanges, they worked to promote the government’s conservation program, saving materials and preventing waste. Many of these clubs encouraged their members to “do their part” in any number of ways, including, but not limited to: knitting sweaters, socks, and mittens for soldiers, writing letters and sending care packages to help keep up morale, rationing and conserving foodstuffs, growing vegetable gardens, buying war bonds, and making bandages for the Red Cross.