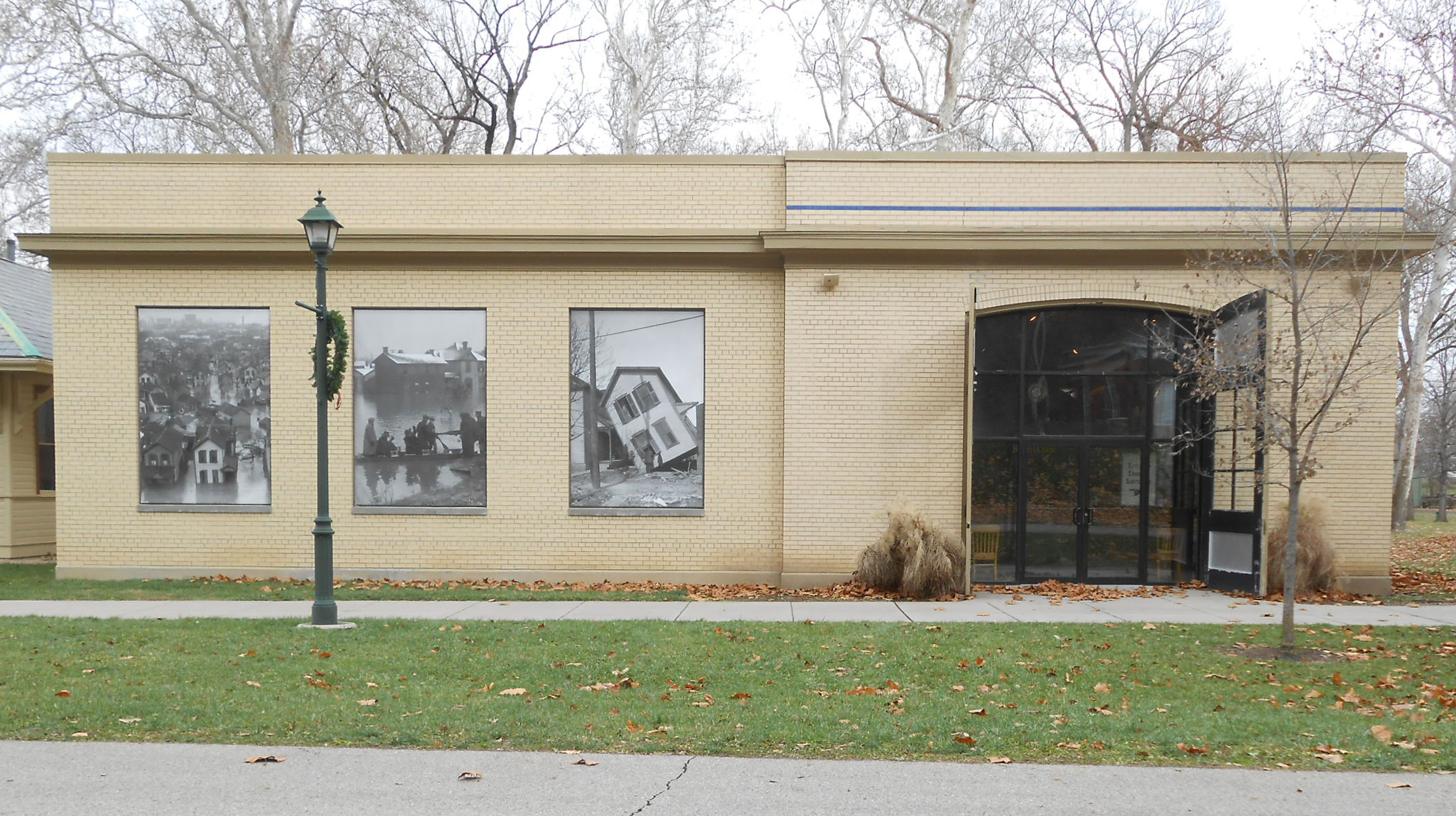 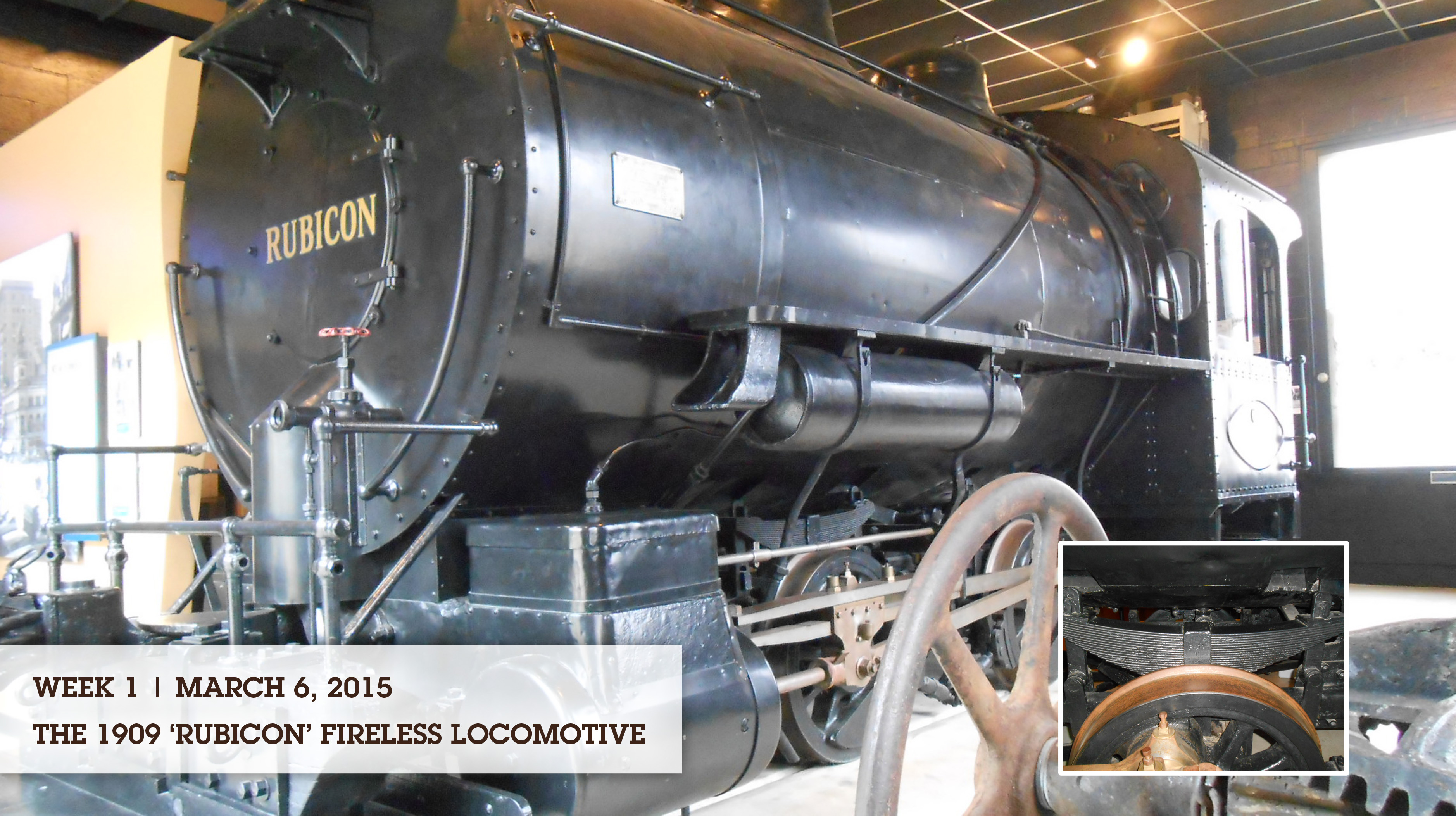 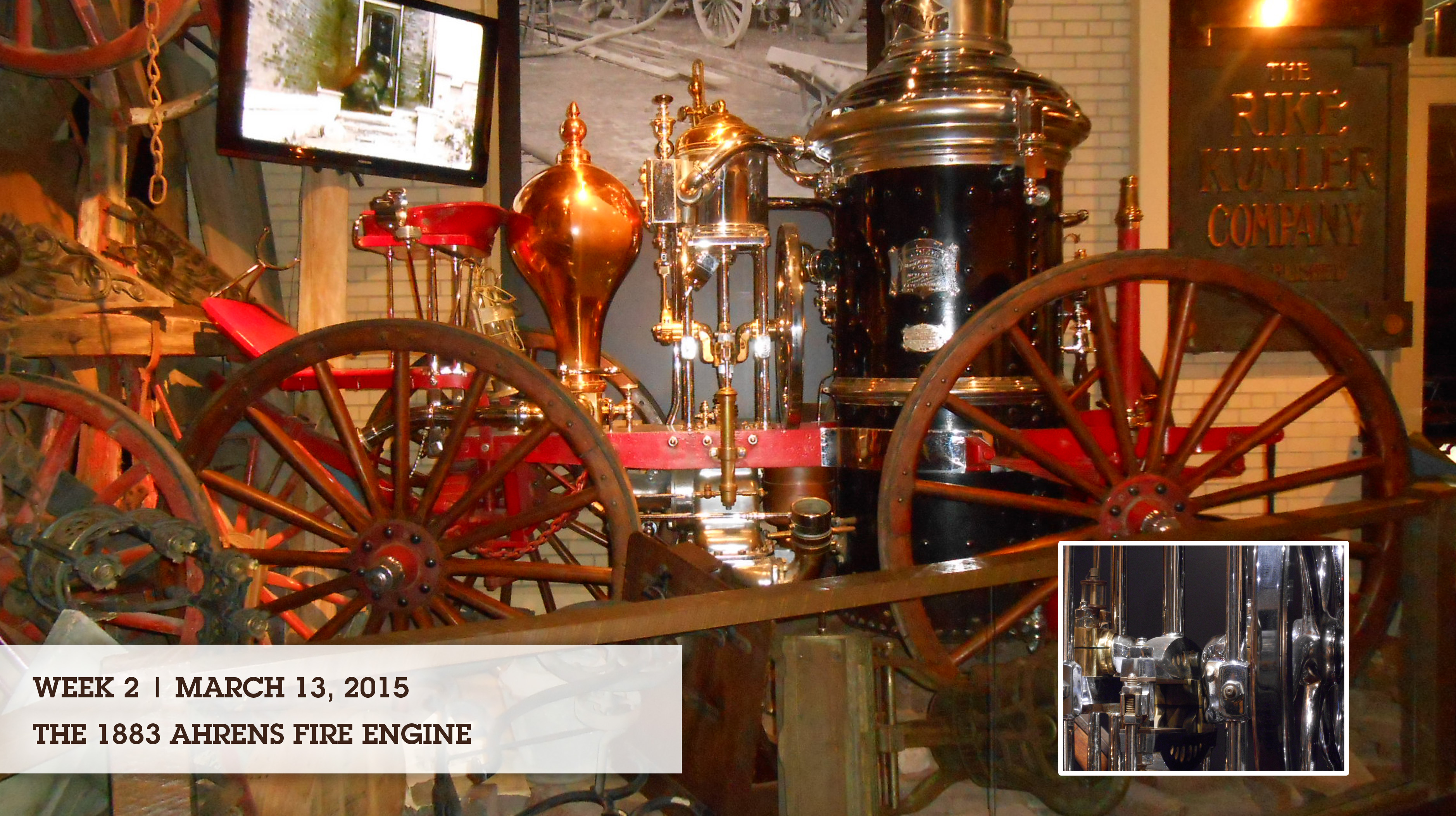 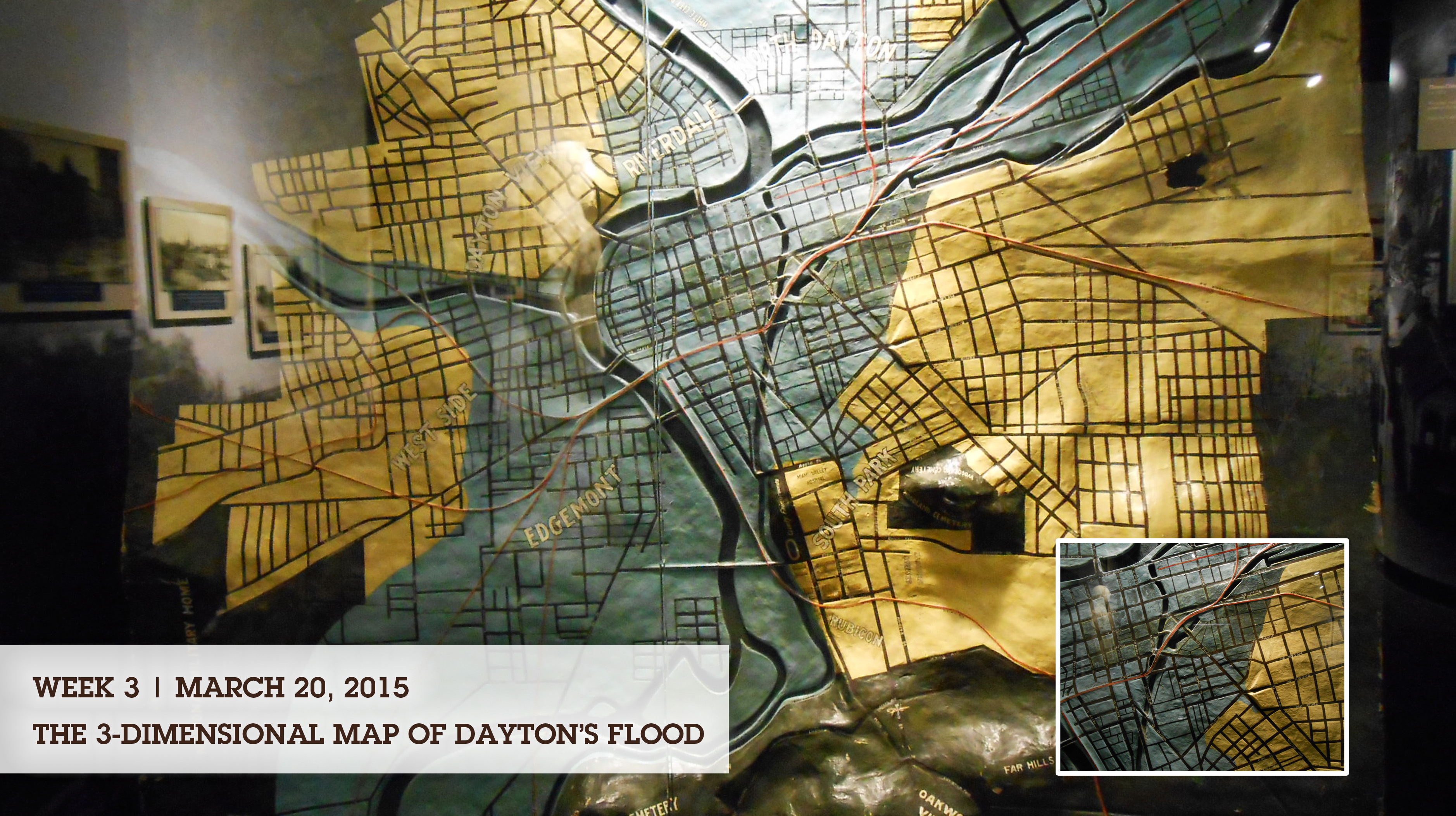 March Mystery at the Museum Solved…

The answers to March’s series of Museum Mysteries are (in weekly order): the 1909 Rubicon Fireless Locomotive, the 1883 Ahrens Fire Engine, and the 3-Dimensional Map of Dayton’s Flood Zone. All of this month’s mystery artifacts, and many others, are on display in the Great 1913 Flood Exhibit Building at Carillon Historical Park! For a sneak peek at next week’s Mystery at the Museum artifact photo, be sure to pick up a FREE copy of the Dayton City Paper next Tuesday!

The 1909 ‘Rubicon’ Fireless Locomotive: Built in 1909 by the Lima Locomotive and Machine Works in Lima, Ohio, the ‘Rubicon’ is one the first ‘fireless’ engine John H. Patterson purchased for use on the grounds of the National Cash Register Company. Believing that clean, attractive factories would result in healthier and more productive employees, Patterson felt the ‘fireless’ locomotives were the perfect solution to ridding his factory grounds of the dirty coal smoke produced by standard switching engines. After the Rubicon’s successful trial, Patterson purchased two other ‘fireless’ engines: the ‘South Park’ in 1910 and the ‘Dayton’ in 1913. In the aftermath of the Great 1913 Flood, these engines were used to help remove the tons of construction debris and mud that had been deposited on Dayton’s downtown streets.

The 1883 Ahrens Fire Engine: Originally purchased by the Sidney Fire Department, this 1883, single-pump Ahrens fire engine was used by that department until 1916, at which point it was kept in reserve until 1928. Named after Sidney’s Fire Chief at the time of its purchase, the ‘Henry Young’ fire engine was manufactured by the Ahrens Manufacturing Company of Cincinnati, one of the largest producers of steam fire engines in the Midwest at that time. It remained in storage until it was donated to the Dayton Fire Department in 1953. After a thorough reconditioning, the engine was moved to Carillon Historical Park for permanent display in 1955. Historically, the City of Dayton had a number of similar Ahrens engines in its employ, though they were larger in size. During the massive clean-up effort after the Great 1913 Flood, pump engines like this one were used to help remove any water remaining in the basement levels of many of Dayton’s downtown factories and businesses.

The 3-Dimensional Map of Dayton’s Flood Zone: In the spring of 1913, a series of severe weather systems wrought havoc across much of the United States. Dayton and its inhabitants, which were no strangers to flood occurrence, found themselves woefully unprepared having underestimated the severity of this particular flood. Over the next several frightening days and nights, residents found themselves battling torrential flood waters, freezing temperatures, rain, snow and even fire. Debris-filled waters rushed through some areas of downtown Dayton at an astounding height of 20 feet or more. These rapid currents swept away nearly everything in their path: buildings, bridges, trains, automobiles, animals and even people. Hand-painted and made of paper-mache, this oversized, 3-dimensional map was constructed at NCR soon after the flood to show the extent of the flood zone within the city.