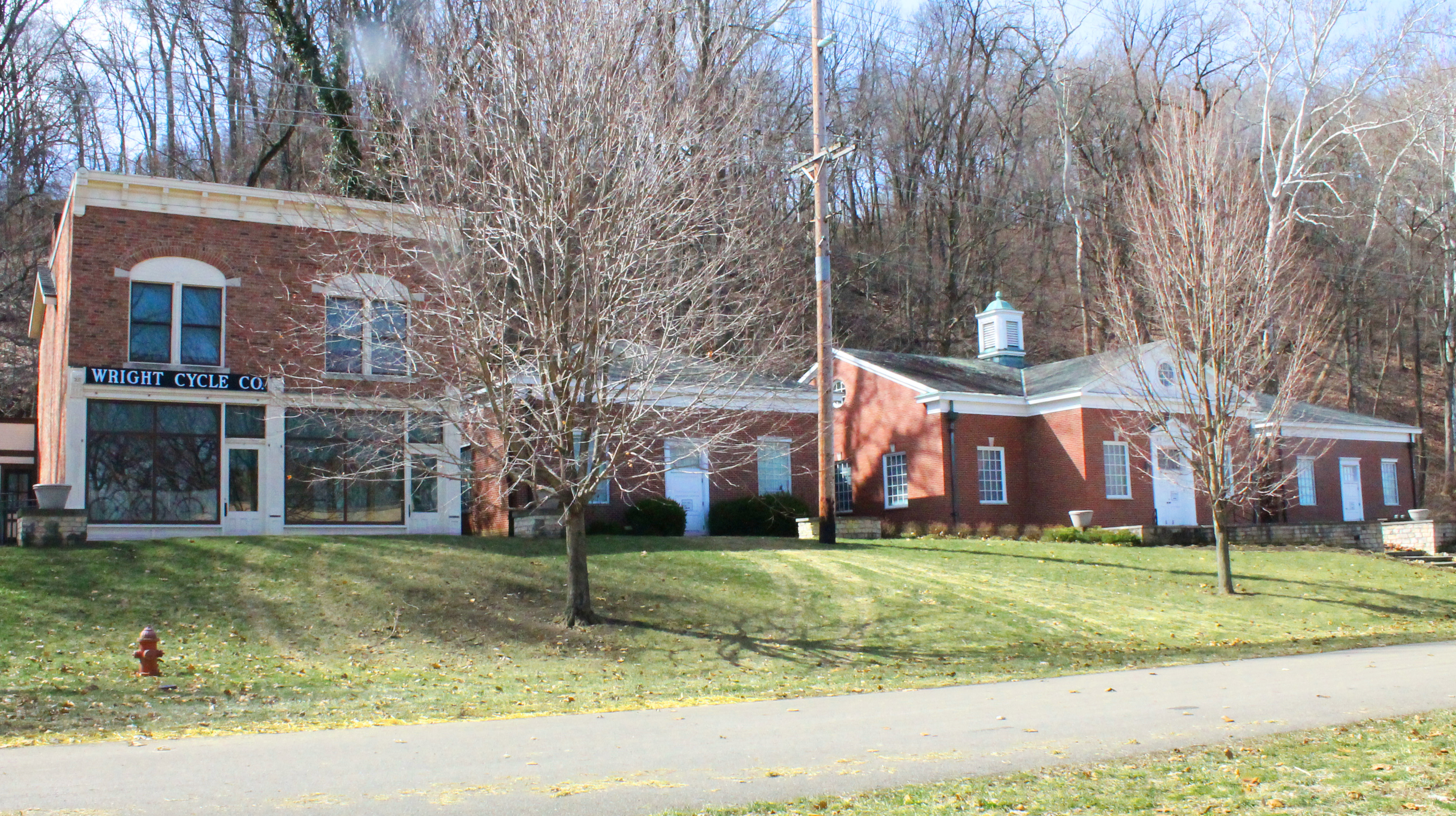 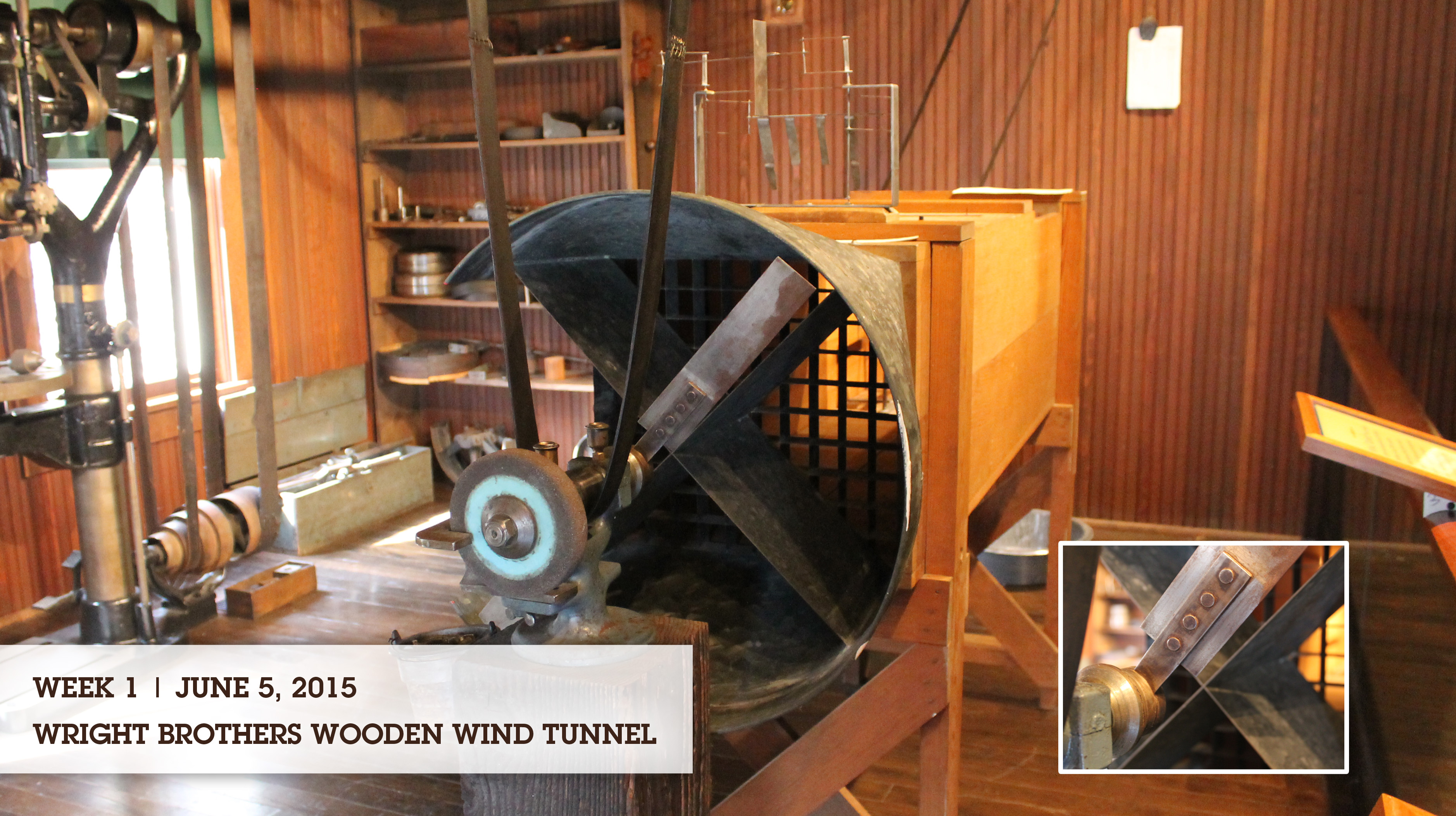 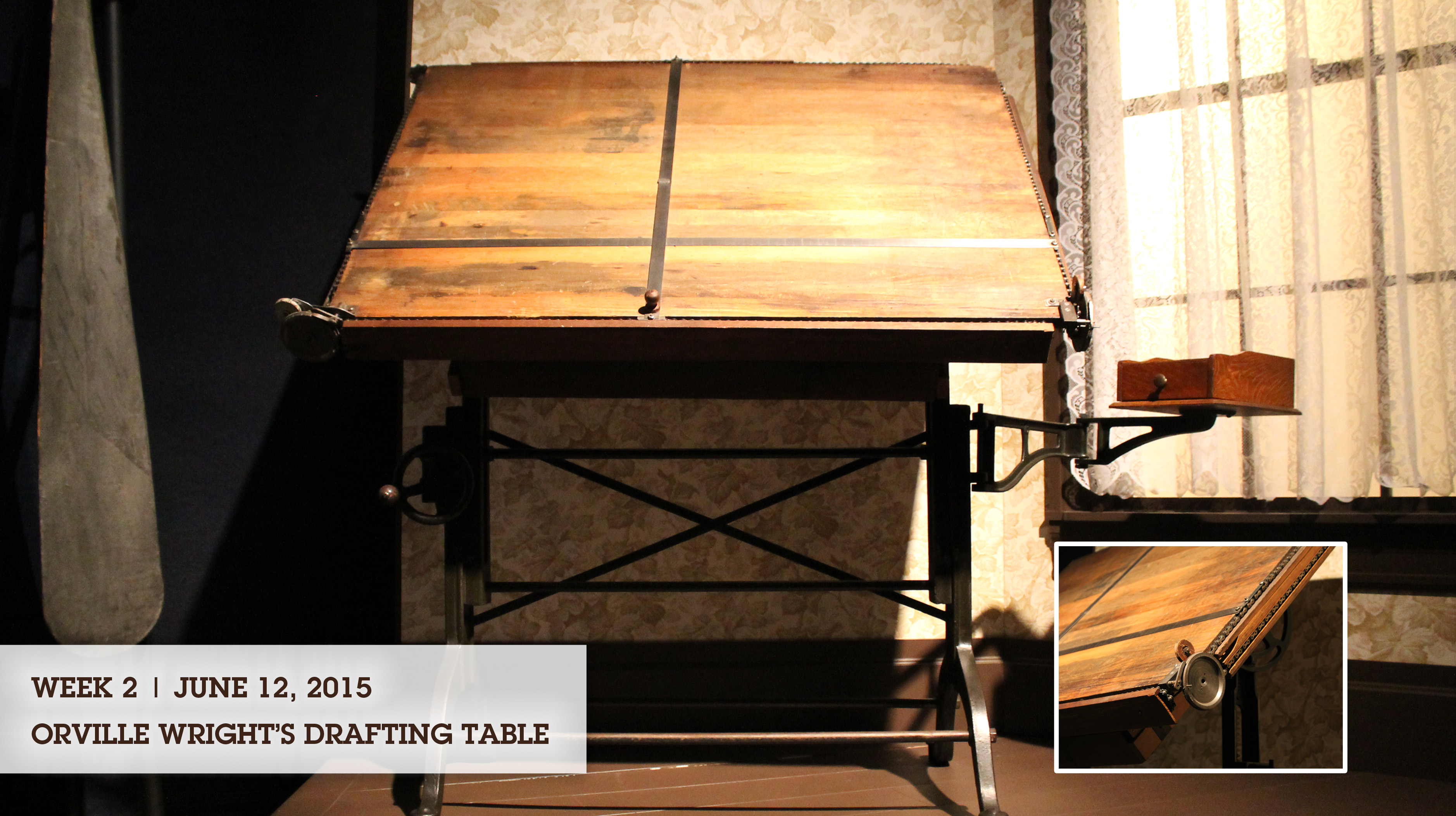 June Mystery at the Museum Solved…

The answers to June’s series of Museum Mysteries are (in weekly order):  the Wright Brothers Wooden Wind Tunnel, Orville Wright’s Drafting Table and Orville Wright’s Gerstner Tool Box. All of this month’s mystery artifacts, and many others, are on display in the John W. Berry, Sr. Wright Brothers Aviation Center at Carillon Historical Park! For a sneak peek at next week’s Mystery at the Museum artifact photo, be sure to pick up a FREE copy of the Dayton City Paper next Tuesday!

In 1936, Henry Ford purchased Wilbur and Orville’s final bicycle shop and had it moved from its original location at 1127 W. Third Street to Greenfield Village in Michigan. In 1972, a replica of that same shop was constructed at Carillon Historical Park. In the rear of the building is the Machine shop, which would have been used by the Wrights to build bicycles and later, their experimental gliders and airplanes. Among the other tools and equipment on display is a large wooden box which served as wind tunnel. The Wright brothers constructed their own wind tunnel and used it to test airfoils (wing shapes). By testing for lift and drag with the various shaped airfoils, the brothers were able to make the calculations necessary for determining the shape and design of the wings for their aircraft.

Located in the Wilbur Wright Wing of the John W. Berry, Sr. Wright Brothers Aviation Center is the Object Theater, one of only a few known theaters of this type in the nation.  Inside, visitors are invited to experience a 15-minute, automated multi-media presentation about the Wright brothers and their invention of flight. Unlike traditional films, the Object Theater features a special display of original Wright brothers’ artifacts during the presentation. One such artifact is Orville’s own drafting table. Different from standard drafting tables of the time period, inventive Orville outfitted his table with bicycle chains, which aided in the maneuverability of the table’s horizontal and vertical straightedges.

Located in the Orville Wright Wing of the John W. Berry, Sr. Wright Brothers Aviation Center is a large display of Wright brothers’ artifacts.  One artifact of special note is the handsome, multi-drawer wooden tool chest, once owned by Orville Wright. This tool chest was manufactured by the long-time Dayton business firm of H. Gerstner and Sons. Harry H. Gerstner founded the company in 1906, in the corner of his father’s cooperage, around the time the Wright brothers were busy designing the 4-cylinder vertical engine that would be used on most of their planes through 1912. After the great flood of 1913, Gerstner built a new factory on Cincinnati Street, where it still operates today.