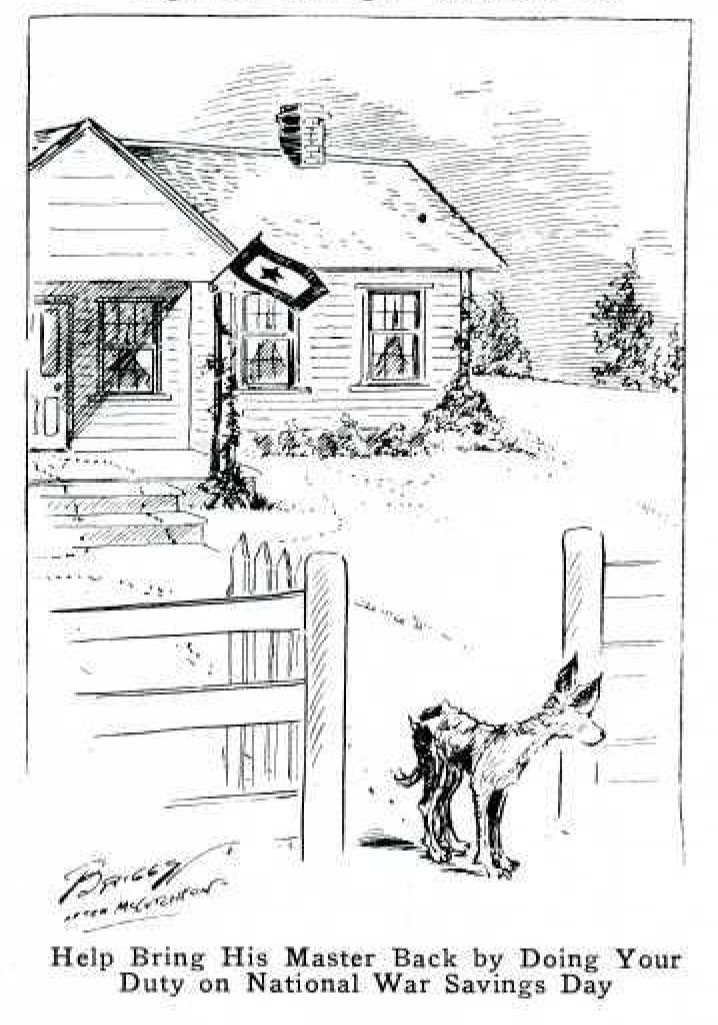 “Our old shopmates, our brothers, and our sons are standing between our homes, our country, our flag, and moral and industrial slavery.” – L.J. Judson, NCR News, March 1918

With thousands of Dayton fathers and sons answering the nations call to arms during the First World War, many a window throughout the city featured a small rectangular flag. This flag, with its blue five-pointed star on a white ground surrounded by a thick red border, quickly became an important symbol of the sacrifice made by those left behind on the home front. The idea for the flag came to Army Captain Robert L. Queisser, of the 5th Ohio Infantry, after suffering an automobile accident which resulted in disabilities severe enough for him to be mustered out of military service. During his confinement, with two sons of his own who were in active military service, Queisser began thinking about how a mother might find solace and comfort in having some symbol that she could refer to while her son was away serving his country. It was then that the idea and design of the service flag came to mind. By September 1917, Ohio governor, James M. Cox, had officially adopted the service flag designed by Queisser, who patented his design on November 6, 1917. The following poem, featured in the December 1917 issue of the NCR News, Vol. IV, No. 6, was published shortly after the banner’s design was adopted and patented:

Dear little flag in the window there Hung with a tear and a woman’s prayer; Child of Old Glory, born with a star- Oh, what a wonderful flag you are! Blue is your star in its field of white, Dipped in the red that was born of fight; Born of the blood that our forbears shed To raise your mother, The Flag, o’erhead.

And now you’ve come, in this frenzied day, To speak from a window- to speak and say: “I am the voice of a soldier-son Gone to be gone till the victory’s won.

“I am the flag of The Service, sir; The flag of his mother- I speak for her Who stands by my window and waits and fears, But hides from the others her unwept tears.

“I am the flag of the wives who wait For the safe return of a marital mate, A mate gone forth where the war god thrives To save from sacrifice other men’s wives.

Dear little flag in the window there, Hung with a tear and a woman’s prayer; Child of Old Glory, born with a star- What a wonderful flag you are!

The banner’s design, which wasn’t standardized and codified until the end of World War II, can feature either blue stars or gold stars. Living servicemen and women are represented by a blue star while those who had lost their lives in service to their country are represented by a gold star. Blue Star Mothers and Gold Star Mothers organizations have been established, with the Gold Star Mothers having been organized during the First World War and, like the service flag itself, both organizations continue to exist today.