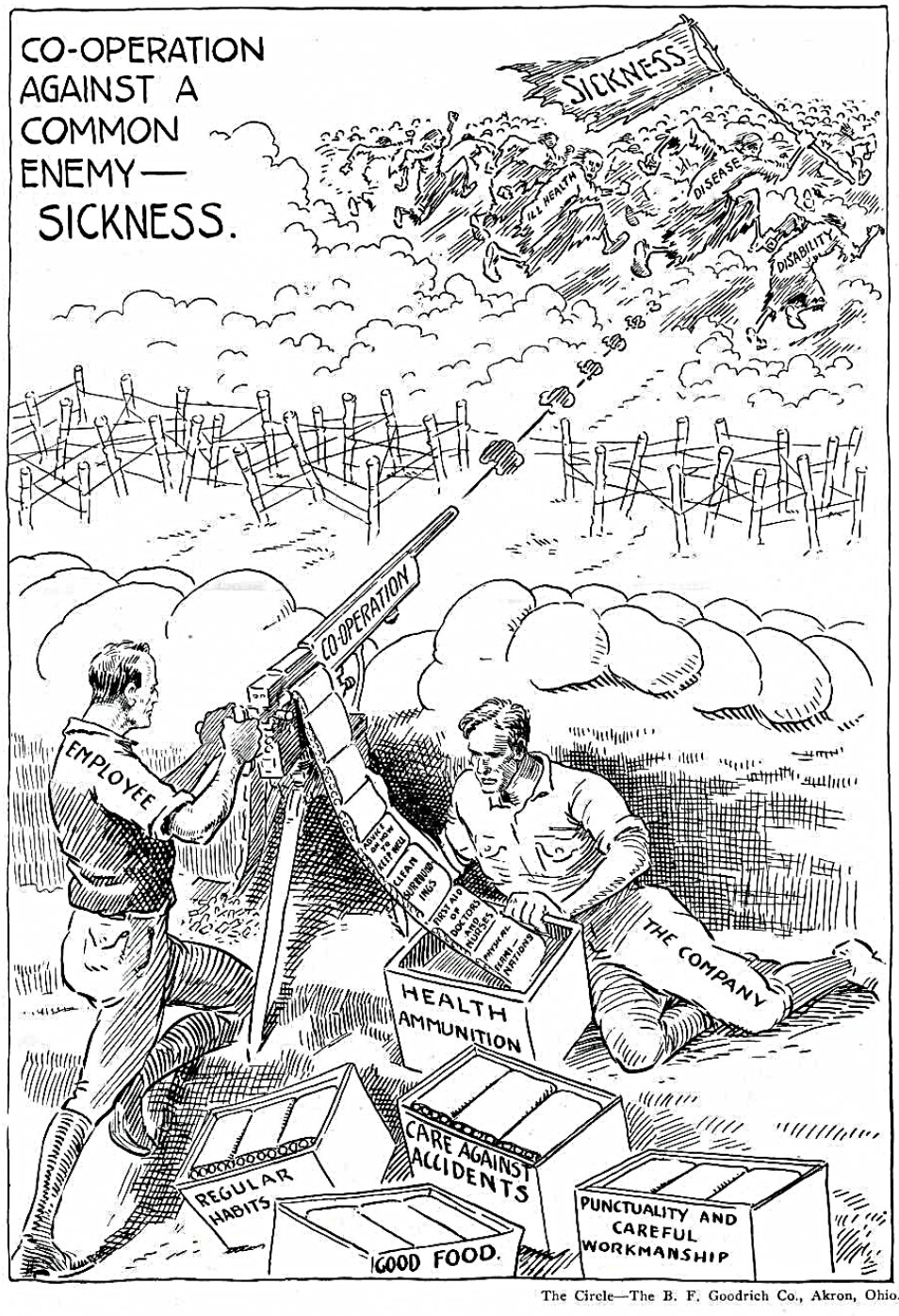 “Taking care of yourself is more than sense now- it is a duty.” – Anonymous, NCR News, December 1917

The United States was a leading industrial power when it entered World War I in 1917, and Dayton was a leading center for invention and innovation. With the increased demand for war products, many of the city’s factories were retooled in order to manufacture items needed to fulfill large government contracts. In order to meet those demands, Dayton needed to provide a healthy workforce. With the increased pressure of war-time production, manufacturers began to see how occurrences like outbreaks of the common cold could become major concerns. The spreading of germs would often result in large-scale absenteeism and many factories began to combat such occurrences using propaganda. It was during this time that government-sponsored health campaigns first began to appear. NCR, a major manufacturing firm at this time, utilized propaganda methods to encourage its workers to adopt a healthy lifestyle, maintaining that it was their patriotic duty to do so. One example, a short article featured in the December 1917 issue of the NCR News, Vol. IV, No. 6, illustrates this point:

“Patriotism and Your Health

Why not add at least three or four percent to your personal efficiency so as to be better able to meet all coming needs? The sanitary sharps agree that the average citizen loses between nine and twelve working days each year because of preventable sickness. Now, if this war is to mean anything to the average man, it ought to mean shaking off indifferent habits and living up to his best. No one is even suggesting a tax on water; why not drink it and have more money to buy war loan securities? Air is as free as ever- take your full share. Fewer of us will be in danger of overheating these next few years, and there will be work enough to make us all sleep when bedtime comes. Now is a good chance to get rid of any foolishness about clothes; shoes that curse the feet, collars that cut the wind, and any other nonsensical items in between. This is a 100 per cent war, and we can ill afford to carry the burden of preventable sickness. Taking care of yourself is more than sense now- it is a duty.”