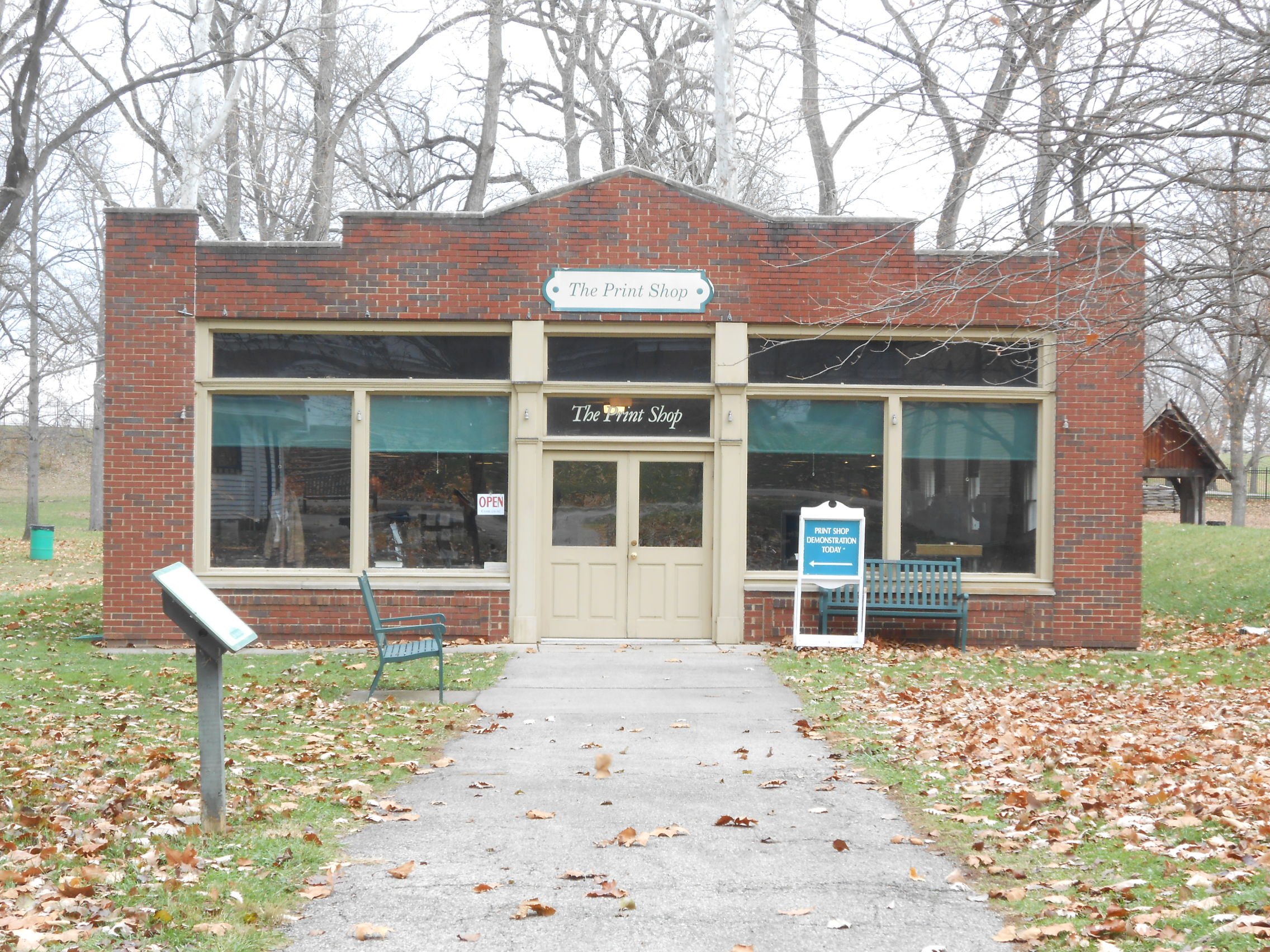 February Mystery at the Museum Solved…

The answers to this month’s series of Museum Mysteries are (in weekly order):the 1885 Wire Stitcher Machine, the 1937 Merganthaler Linotype Machine, and the collection of wooden spacers or ‘furniture’. All of this month’s mystery artifacts, and many others, are on display in the Print Shop at Carillon Historical Park! For a sneak peek at next week’s Mystery at the Museum artifact photo, be sure to pick up a FREE copy of the Dayton City Paper next Tuesday!

Monitor #1 Wire Stitcher: Officially known as the ‘Monitor’ model 1 ¾, this machine was used in the bookbinding process. For many centuries, printers would use a heavily waxed thread to bind pages together, first by hand and then later by machine. This may be why this particular machine so resembles a large sewing machine. Manufactured by the Latham Machinery Company of Chicago around 1885, the Monitor used a heavy gauge metal wire to bind thick stacks of paper together. The machine forms a staple from the spooled wire by forcing it through the stack of paper, cutting it and then clinching the ends. Though the machines of today may be computerized and updated, the process used is essentially the same as it was over 100 years ago when this machine was in use.

The 1937 Merganthaler Linotype Machine: Second perhaps only to Johannes Gutenberg who introduced the first printing press in Europe in 1450; no other person had so great of an impact on the printing industry than Ottmar Mergenthaler, inventor of the linotype machine. Merganthaler, a German inventor, developed the linotype machine, which was the first device to efficiently set complete lines of type that could be used in printing presses, in 1885. At the time, having a single machine that could assemble letters and cast metal molds of them (called slugs) was revolutionary. Linotype and other ‘hot metal’ typesetting machines dominated the printing industry for nearly 100 years, until the later development of phototypesetting and then finally in the late 1970s and early 1980s computerized typesetting.

Printer’s Wooden ‘Furniture’: Printers used these precisely cut wooden blocks to help secure and center the tens of thousands of individual pieces of type needed to produce a single page of newsprint. Know in the printing industry as ‘furniture’ these hardwood blocks came in various lengths and widths. To see just how the ‘furniture’ was used, be sure to visit the Print Shop at Carillon Historical Park on Tuesday mornings to see live demonstrations! A group of dedicated volunteers, like Lee Whitney (pictured here) run the machines in this special exhibit for visitors each week so they can see what it was like to work in a 1930s-era print shop.